1) Click inside the game to make sure it has focus.
2) Press 'K' for Keyboard and 'C' for Color. Then at the title screen press 'P' to start the game.

Daedalus' Obelisk is my first completed ZZT game in over 20 years. I hope the wait was worth it! ;)

Hi! I'm Darren Hewer aka emmzee. You may remember me from such Megazeux games as Honor Quest and Darkness, and ZZT games like Death and ... not much else of note, besides a couple 24HoZ games ...

Anywho. Recently I got the urge to make a new game, and decided to use ZZT, even though the community is understandably much smaller than 1998 when Death was released.

This game was made for ZZT which is an ancient (early 90's) MS-DOS program!

If you've never used ZZT before, you will probably want to check out Museum of ZZT's Getting Started guide. Play the included Town of ZZT and/or Demo games (press W to load a different world) to get a feel for how things work.

This game's largest influences are I suppose God of Thunder for MS-DOS (which features an action/adventure overworld with platforming dungeons with no jumping) which was I think in turn inspired by the Zelda NES games.

I made all the things. Except when I didn't!

Thanks goes to Kev Vance & others for KevEdit which made it a lot easier to put the game together, as well as Dr. Dos of Museumofzzt.com for beta testing. (This game also has a page on Museum of ZZT: Daedalus' Obelisk.) And of course all of the other old ZZT games I ripped off in one way or another. There's no music because I am not good at composing ZZT music!

You should use the included CLEANZZT.EXE (or some other mod that hides water messages) or you're going to have a bad time. Or play in your browser at Archive.org or at the top of this page. Also there is a map included in the zip file, but I suggest playing the game first before looking at it. :)

Hope that you enjoy the game.  Visit my website DOSGames.com for over 800 free & legal MS-DOS games. :) 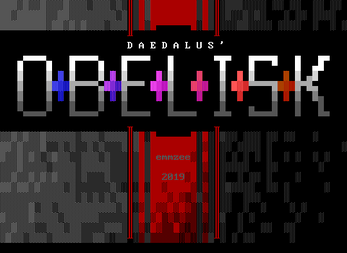 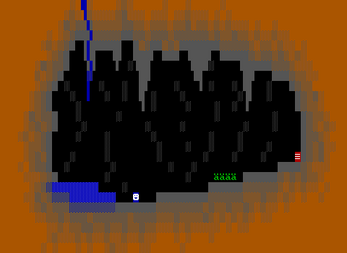 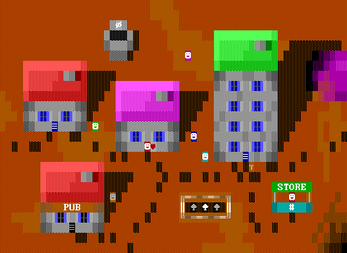 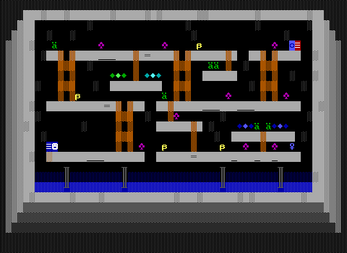